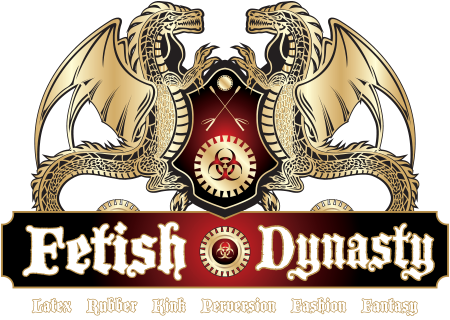 PLUS there is a 15% discount code within the pages that you can use on the Fetish Dynasty Online Store!

Want to contribute to future issues? Check out our Submission Guidelines for more information. 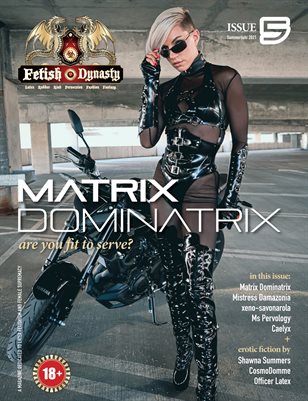 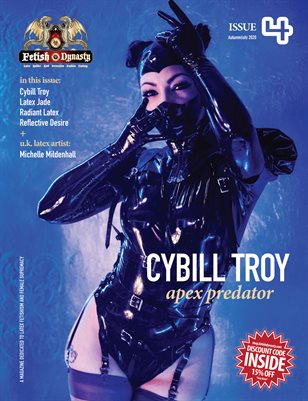 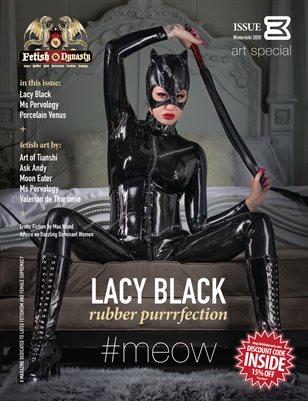 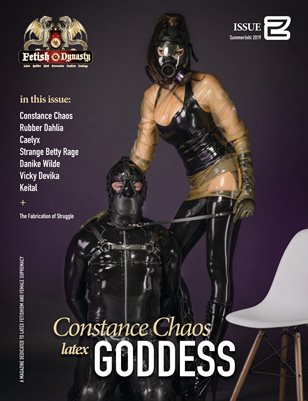 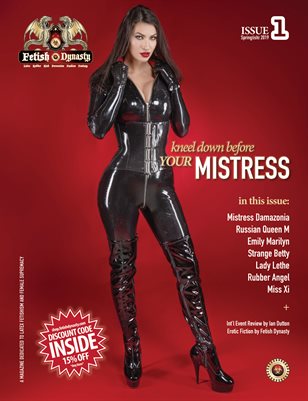 Fetish Dynasty Magazine is always looking for photographic and written contributions to forthcoming issues. All submissions will be considered but only those deemed to adhere to the stated purpose of the magazine - celebrating and showcasing latex fetishism and female supremacy - will be published. In addition, quality standards will never be compromised and, therefore, even submitted works that meet the minimum criteria may be rejected if the quality is deemed insufficient. This determination is made by the Fetish Dynasty Magazine editorial team and all decisions are final (and not personal in nature).

If your photographic submission contains subject matter depicting physically-attractive women in latex clothing and/or heavy rubber (harnesses, hoods, gasmasks, hoses, etc.) either solo or in a dominant role with a male or female submissive/gimp in latex and the quality of the photos are high enough, there is a very good chance it will be published.

Fetish Dynasty Magazine is under no obligation to explain the reasons why any submission is rejected and will not engage in a debate or conversation with the submitter whose work was rejected.

Individuals or organizations that want to submit works to Fetish Dynasty Magazine for consideration may send samples of the work to submissions@fetishdynasty.com. Photographers are asked to send low-res, JPG or HEIF samples of the work via email to reduce download times and, if the work is accepted, arrangements will be made to send high-res versions of the chosen photos for the future issue. Technical requirements of the photos will be communicated at that time. 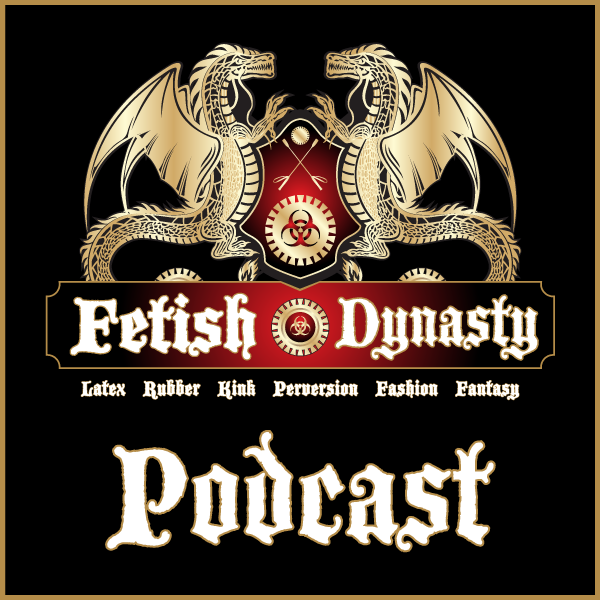 A long time ago there was the Fetish Dynasty Podcast. It was awesome. Seven glorious episodes were created in 2010/2011 and can be listened to below.

But now it is going to happen again, better than ever. Several seriously sexy guests are lined up and the conversations will be saucier than a direct hit on a Heinz factory.

Make sure to sign up to the Fetish Dynasty Newsletter to get notified when the first new episode is released! We promise we won't spam you unless you absolutely beg for it.

August 17, 2011 • In the 7th episode, I speak with Eric Paradis, the producer of the Montreal Fetish Weekend. We discuss the upcoming event, as well as get some thoughts on what it is like to throw a party of this magnitude.

The House of Gord

July 10, 2011 • In the 6th episode, I have a conversation with the late Jeff from the House of Gord. A true original, Jeff was very frank and honest about what he did and was not one to pull punches. His genius was only limited by the limitations of the human female body...and even then he usually found a way around it, all in the name of kinky sex.

April 11, 2011 • In the 5th episode, I have a conversation with my wife and partner in crime, the PrimaFetishista. We discuss her evolution as a fetishist and general, all-around pervert, and reminisce about some recent sexual experiences that left a mess.

January 30, 2011 • In the 4th episode, I present the second part of my conversation with Mad_Scientist and Archean of Kink Engineering, and end with an interview with 3xL about his new book, "Rubber Life."

January 17, 2011 • In the 3rd episode, I play the first part of my conversation with Archean and Mad_Scientist, a.k.a. Marika and Matt, the founders and chief perverts behind Kink Engineering.

December 18, 2010 • The Fetish Dynasty podcast continues! Episode 02 features an interview with Purplewonder and Nafoui, two kinky Brits who love to dress shiny. Many thanks to them both for their time and candor...as well as their lovely photography.

November 14, 2010 • The Fetish Dynasty podcast makes its debut, proudly featuring an interview with Amy and Dan from Fetish Kitsch! 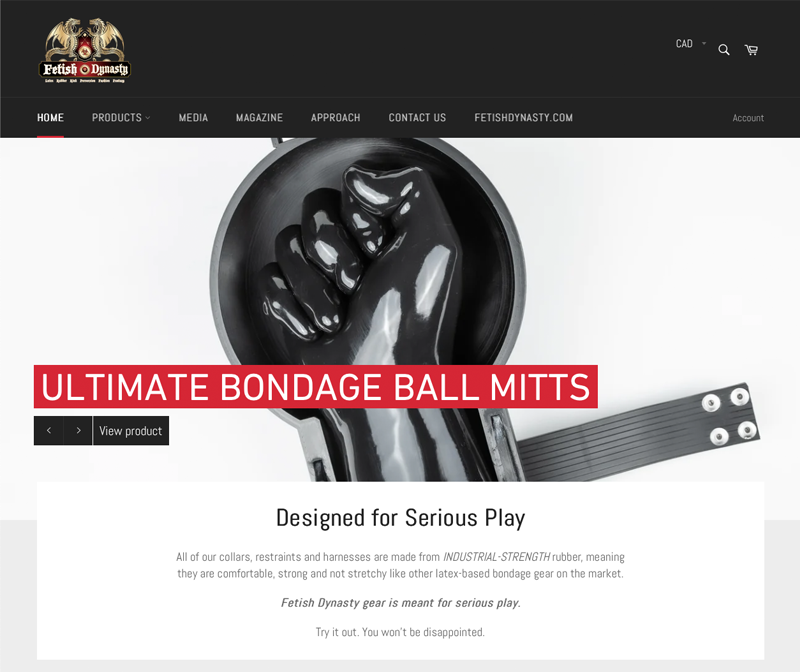 Premium Gear For the Discerning Fetishist

All of our collars, restraints and harnesses are made from INDUSTRIAL-STRENGTH rubber, meaning they are comfortable, strong and not stretchy like other latex-based bondage gear on the market.

Try it out. You won't be disappointed.

Go ahead. We won't bite unless negotiated beforehand.

Connect on the following social networks: